Get 15% Off Today On Your First Order 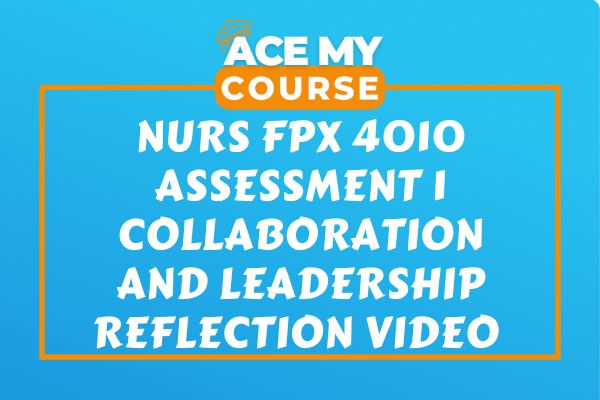 The experience of offering comprehensive care to the aging population helped shape my view on the importance of interdisciplinary collaboration. Dealing with an aging population is both challenging and complicated. In the long run, the engagement in a multidisciplinary collaboration played an integral role in achieving desired outcomes. Each team member had a defined purpose. The approach ensured that there was no or minimal conflict during the offering of care to the aging population at the facility. The team did not interfere with explicit roles because we respected and understood them. We knew that each task had an impact on the patients. The team skill mix was also pivotal in the success of the project. The aging population presents different conditions, namely diabetes, heart conditions, dementia, hearing loss, cataracts, and depression. In this case, each team member had to have different skills. The establishment of a clear vision from the start also helped meet the desired objectives. We acknowledged the relevance of direction in meeting set goals or targets. Communication posed a significant challenge to our team. The members came from different ethnic groups. We struggled to communicate due to the language barrier. Some members who did not understand the common language felt left out. As a result, they contributed minimally to the team. In the future, it would be prudent to develop ways of improving communication in the group as it fosters effective collaboration among members.

The Vila Health scenario presents a good case on the effects of interdisciplinary team collaboration in project success. The management and care staff were not satisfied and comfortable with the implementation of a new electronic health record (EHR) known as Healthix. There was an apparent lack of cooperation between Vila Health Corporate and its affiliate or branch. The desired goal of the Corporate was to keep costs down during the implementation of Healthix. The people directly affected by the new system were not considered in the process. The change was necessary. However, the process of effecting the change was poor. Healthix was designed for hospitals as opposed to a nursing facilities. The interdisciplinary team collaboration failed because people were not allowed to set a vision and direction. The flying in of Corporate Josh to implement Healthix was a wrong move which contributed to the failure. Josh lacked the knowledge of the facility and assumed the information provided by the workers. Corporate did not recognize that their role has an impact on the employees. There was minimal training of the employees on how Healthix works.

Communication is one of the leadership’s best strategies that would improve the team’s ability to attain their goals. Elise Wang, the Director of Operations, acknowledges that they work in an environment that mandates collaboration and teamwork. The facility values a collaborative process. There is excellent communication between the management and care staff. Communication is an excellent source of satisfaction and motivation (Bridges et al., 2011). In this case, communication would encourage the members to add valuable input to attain set objectives (Nancarrow et al., 2013). The communication between Corporate and its affiliate was one way. The branch of Vila Health could not challenge the implementation of Healthix despite the incompatibility. Corporate Josh did not want to listen to the views and points made by the team. The execution failed because it was forced on the team.

Respecting and understanding the roles of each team member is vital in the achievement of goals and working together effectively (Weinberg et al., 2011). In the case of Vila Health, the Corporate interfered with its operations. It could not allow them to engage in their research and find the right system to fit the situation. The purchase of Healthix was a result of an ongoing relationship with the Corporate. There was a disrespect of IT staff who felt that the Corporate was forcing the project on them. The people on the ground should be given priority in the decision-making process since they are directly affected by the project (Weinberg et al., 2011). The care staff should have been trained on how the system works as opposed to delegating the process to the IT department. The duty of each team member should be able to fit in the set objectives (Bridges et al., 2011). Vila Health employees were concerned with the new system because they were not given enough time to interrogate its operability. Initially, the roles of each team member should have been made explicit. The interdisciplinary collaboration would have provided a platform for knowledge sharing and gaining among the members (Nancarrow et al., 2013). In the long run, there would be no or minimal complaints from the management and care staff.

The success and downfall of any given project depend on the leadership aspect. The current nursing leadership is moving towards non-traditional delivery that extends beyond the institutional structures. It necessitates inter-professional collaborative teams to attain the set objectives or goals. The decision-making and leading ought to be cooperative as opposed to a top-down approach. Nurse leaders should support, encourage, and recognize staff. The resources and guidance should also be part of nursing leadership.

Struggling With Your Paper?
Get in Touch

Breathe a little easier with the confidence that you will have the easiest A in your course. The skilled industry experts of AceMyCourse.net know the ins & outs of all educational platforms which enables us to actually offer you guaranteed grades. Take a chance with Ace My Course and ensure quality with affordability.